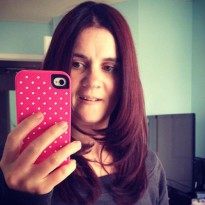 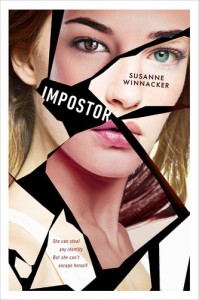 The blurb for this book had me excited. It sounded like it could be a really good storyline. Sadly, it failed in that respect.

Tess is a variant, she had a special ability that allows her to take on the features and look like any human she touches.  She lives and trains with the DEA a special division with the FBI where other variants with other abilities also train.  Sounds promising right?

Instead of a story filled with excitement, intrigue and mystery, the first (almost) half of the book is all about her bemoaning the fact that Alec, a fellow variant does not want to kiss her or be with her. She spends most of the time wondering why he has not kissed her, how she can get him to be attracted to her and how much she dislikes his gf Kate, who of course is a not so nice person (they always seem to be right?).

It's not until midway through that she finally goes on her first "mission" where she takes on the identity of a girl that was murdered in a small town. Things start to get enjoyable, but then fall back on the tired story line of her questioning why she and Alec are not together.

As for Alec, he seems shallow and wishy washy. The author does not even try to make us believe he and Kate care for each other.  She instead spends the time show how attracted he is to Tessa but wait for it...just can't be with her because it's not right". At least I think that's why, the author, other than giving Alec a girlfriend, really does not give us any detail as to why they do not follow their feelings for each other and 'hook up'.

The only shinning light in this otherwise flat story is Devon, the brother of the girl who was murdered.  I really liked him a lot and by the end of the book saw the foreshadowing of a love triangle in a future book between him, Tess and Alec. I'll have to wait and read other reviews though, as I have no desire or inclination to read more in this series.

Between the Devil and the Deep Blue Sea
April Genevieve Tucholke